Kennedy was shot 4 times (3 bullets hit him and one went through his jacket) and 5 other victims were struck by bullets for a total of 9 confirmed shots. Sirhan’s gun only held 8 bullets. Other evidence that at least 13 shots were fired was found by the FBI and LAPD in door frames and ceiling panels. An audiotape later analyzed by an expert sound engineer confirmed at least 13 shots with 5 coming from the opposite direction of Sirhan’s. Further, multiple witnesses confirmed hearing at least 12 shots but their statements were ignored by police.

RFK was shot at close range from behind 4 times. Three hit him. One passed through his jacket.

Two entered from behind and close together, entering under his right arm from back to front and at a steep upward angle. One entering behind his right ear and entering his brain. This was the fatal shot. 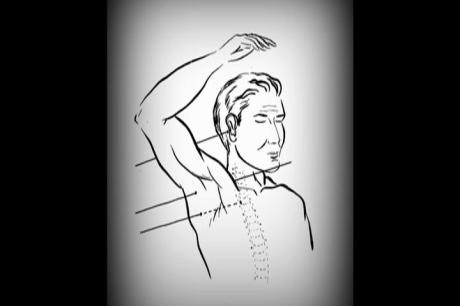 Coroner Thomas Noguchi, who did what is referred to as the most perfect autopsy in American history, determined that the muzzle of the gun was no more than 3inches away from and behind RFK. Sirhan, by all witness accounts, was several feet in front of RFK.

The official autopsy report was performed immediately upon RFK’s death, but was withheld for nearly six months. It was not provided to the defense until after Sirhan’s trial had commenced

RFK was shot 4 times (3 bullets hit him and one went through his jacket) and 5 other victims were struck by bullets, Ira Goldstein, Irwin Stroll, Elizabeth Evans, William Weisel and Paul Schrade.

The total victim count was 9 (4 at RFK, 5 other victims) for a total of 9 confirmed shots. Sirhan’s gun only held 8 bullets.

Police officers and FBI agents identified apparent bullet holes in two door frames of the pantry, indicating more than eight shots were fired. But no evidence of those holes was presented at trial, and the Los Angeles police destroyed the door frames shortly after the trial. They stated there was not enough storage room for the evidence to remain. 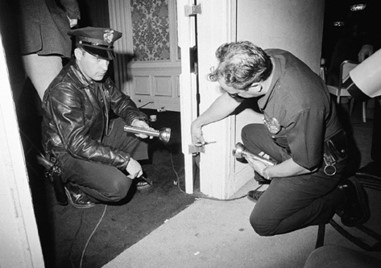 Thomas Noguchi (LA Coroner) pointing at two holes found in a center doorframe. Note the holes are one on top of the other and the height is different from the holes the police are viewing in above image. 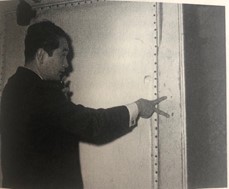 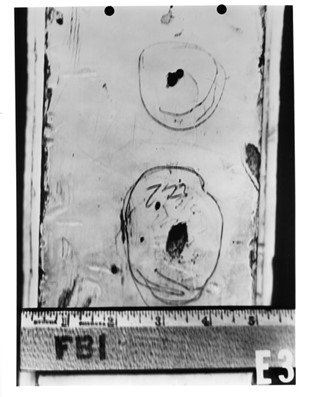 Another two holes were found in the left door frame. Note the holes are slightly diagonal to each other, not like the holes in images above. 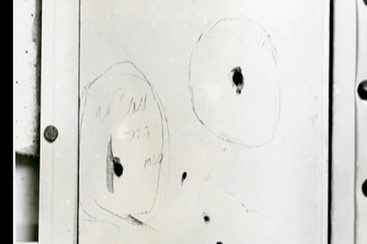 An audiotape later analyzed by an expert sound engineer confirmed at least 13shots with 5 coming from the opposite direction of Sirhan’s. The expert found that there were at least 13 shots fired, some were so close in time that they“ over lapped”. The expert concluded that the shots were fired from opposite directions, meaning some were pointed towards the front of RFK, and some were pointed to the back of RFK.

Further, multiple witnesses confirmed hearing at more than 8 shots butt heir statements were ignored by police. Witnesses Assemblyman Jesse Unruh, Estelyn Duffy, Joe La Hive, Freddy Plimption and Nina Rhodes all stated they heard multiple shots, some saying at least 10-12 shots. Some stated there were too many shots, too close together to be only one gun.

Forensic Testing of the bullets:

The forensic evidence used to convict Sirhan was almost non-existent. Researchers and legal historians, including trial lawyers, have called it the worst trial in history. Many say it was shoddy police work, and others believe it was worse– a purposeful attempt to manufacture false evidence to convict Sirhan. As you will read below, the lead Criminalist DeWayne Wolfer used bullets from another gun to convict Sirhan, lied about it when it was discovered and the District Attorney Joseph Busch perpetuated the lie in the re-investigation in October1971. The lies were only uncovered due to the release of records decades later and the diligent work of historians.

Because his Defense lawyers were just trying to save Sirhan from getting the Death Penalty, Sirhan’s defense did not challenge the bullet evidence at trial, or point out all the discrepancies between the witness statements and the bullet evidence. Examples: 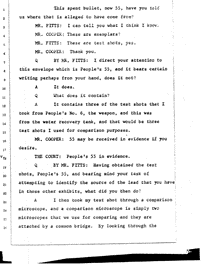 Further, he repeatedly lied in later investigations stating that he didn’t have H18602, the similar gun, until June 10th or 11th(two different dates given in two different inquiries). We know he had H18602as early as 6-6-1968 by this Crime Lab slip and also because his Daily Logs show he test fired a gun on 6-8-1968, a day after Sirhan’s gun (H53725) really was no longer available because it was with the Grand Jury.

Later, when historians tried to obtain H18602 for investigation, theLAPD lied and said it was destroyed. 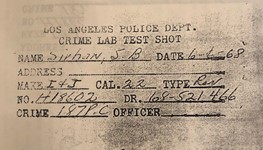