An audio recording was made by Stanislaw Pruszynski, a freelance newspaper reporter, who accidentally turned his recorder back on after taping RFK’s California Primary victory speech. He was following behind RFK and others on the way to a press conference and caught this recording on tape. The tape was not made public by the LAPD, nor analyzed for the trial. It was “discovered” by Brad Johnson, a CNN Journalist, buried in the police archives decades after the archives were made public. It is commonly called “The Pruszynski Tape

We know that 3 gunshots hit Kennedy from behind, and a 4th bullet that passed through his coat, five other people were shot and injured, totaling 9shots. Sirhan’s .22 caliber gun only held 8 bullets so another person must have been shooting as well.

Within hours, FBI agent William Bailey found 2 additional bullets lodged in the pantry door frame, increasing the bullet count to 11. Police and FBI photographs showing2 more bullet holes in the pantry door divider and another 2 holes in the jamb of a backstage door suggested another 4 shots may have been fired. Additionally, two witnesses reported hearing at least 12 shots.

In 2005, the expert audio engineer, Philip Van Praag, laboriously examined a sound recording of the shooting and made several important discoveries. There were13“ shot sounds,” with two instances of “double shots” (shots fired so closely together, they could not have come from the same gun). He also determined that five of the shots were fired from the opposite direction of Sirhan’s eight shots, indicating that they were fired from behind Kennedy.

The Only "Picture" of the Fatal Shooting of Robert Kennedy

This Oscillograph is the only "picture" of the fatal shooting of Robert Kennedy and the wounding of five others on June 5, 1968 in the Ambassador Hotel in Los Angeles. No videotapes or photographs of the shooting are known to to exist. This "sound-picture" was created from the only-known audiotape recorded by a journalist at the actual time of the shooting. Sirhan's gunshots wounded five persons not Kennedy. The Second Gunman was behind Kennedy and shot home three times including the fatal shot. Sirhan's gunshots are 1,2,4,6,7,9,11 and 13. The Second Gunman's are 3,5,8,10 and 12.

The recording has been thoroughly analyzed by forensic audio expert and engineer Philip Van Praag. The oscillograph created from his computer analysis reveals:

See Van Praag’s legal declaration for more details on his analysis which proves the existence of a 2nd gunman.

Sworn Testimony of Philip Van Praag before US Dist. Court 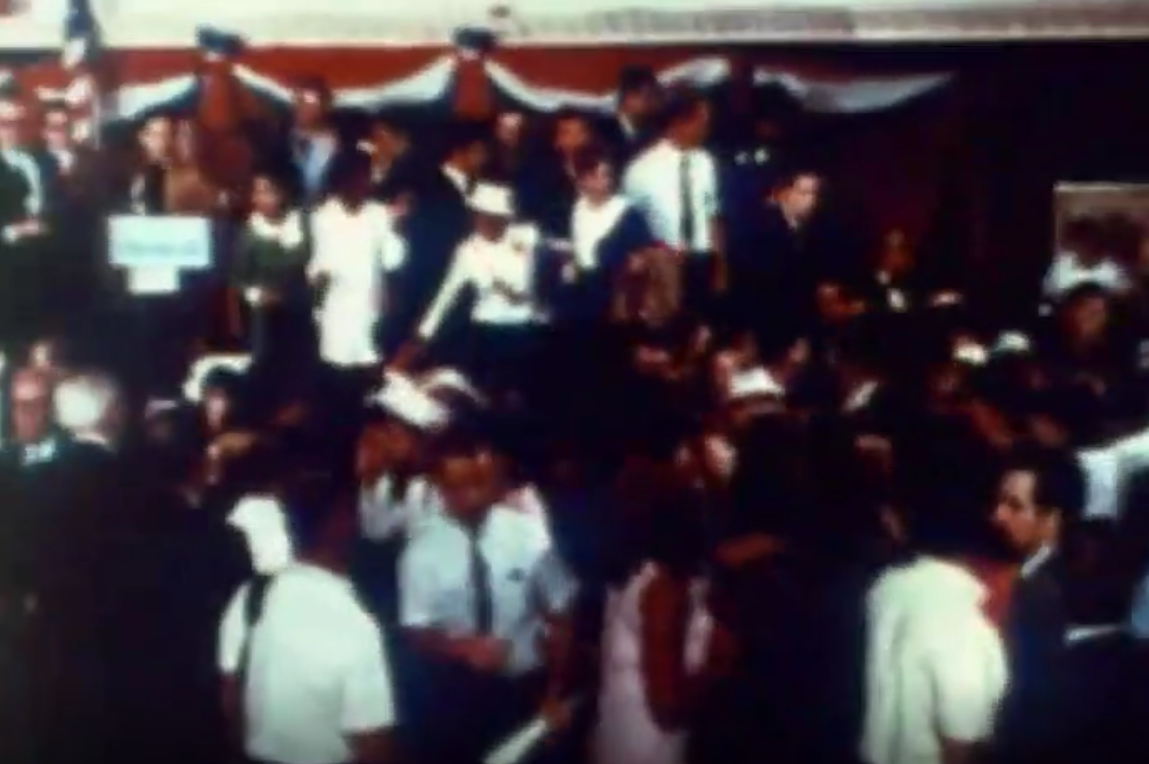 Watch an extensive analysis of the Prusznski recording by Phil as well as interviews with Ted Charach, Rosie Greer and others.